“You eat pork, but believe homosexuality is wrong. Why?” 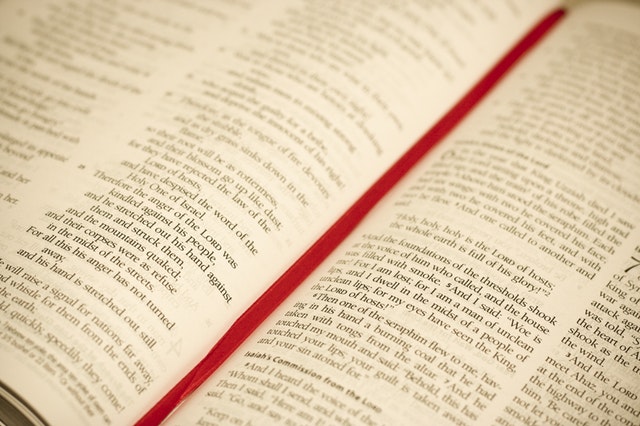 “You eat pork, but believe homosexuality is wrong. Why?” This is a good question and it’s a question that Christians need to be able to answer. This question can come from those inside the Christian community struggling with arguments they have heard, those outside the community attempting to understand the Christian position, or anyone else. Christians need to be able to give reasons why they eat pork, but believe that homosexuality is a sin, even when Old Testament law says both are forbidden.

The argument can go something like this, “Are we not to play football today? It’s made of pigskin. That goes against Deuteronomy 14:8. It says not to touch the dead carcass of a pig. Is your shirt made of two different types of materials (Leviticus 19:19)? Do you eat pork (again, Deuteronomy 14:8)? You don’t follow the Old Testament in many places, so why are you using verses from Leviticus to show that homosexuality is wrong? The Old Testament law is no longer for us today.”

Whenever we seek to interpret the Old Testament law there are some truths that we need to keep in mind. First, it is very important to see that the Old Testament law was given to a certain people, the people of Israel. They were a physical and spiritual nation directly under God. Second, it was given to a nation that mostly was made up of people who did not know God. It appears safe to say that the majority of physical Israel didn’t know God, and so the law that was given was meant to govern a majority of people who had never had a relationship with God. We are helped to see this in the divorce law (Deuteronomy 24:1-4) which Jesus said Moses gave because of the people’s hard heart (Matthew 19:3-9). Third, in some sense, the law was only given for a time. Galatians 3:19 says, “Why then the law? It was added because of transgressions, till the seed should come to whom the promise was made; and it was ordained by angels in the hand of a mediator.” The law was “added” “till” the seed (Jesus Christ) came. So the law, in one sense, is no longer for Christians because the law is gone. Fourth, the law has been fulfilled by Jesus Christ. This is why we are no longer to offer animal sacrifices, because the Great Sacrifice has died once and for all (Hebrews 10:1-18).

These truths may seem to support the argument that since the law is gone the prohibitions against homosexuality are too. But it doesn’t. There are three important distinctions to be made when thinking of the Old Testament law. The three fold distinction is that there are civil laws, ceremonial laws, and moral laws. Though not explicitly stated in the Bible, these are old distinctions that have been applied to the law and help us to interpret the law better.

Here are examples of how these categories help. Are Christians today suppose to wear only one type of material at once, or not shave the edges of their beards (Leviticus 21:5)? No. These would fall under civil laws, laws that were given to the nation of Israel that have been taken away (Galatians 3:19). Are we suppose to offer animal sacrifices today? No. As I said above, Jesus has fulfilled the sacrificial law, which is part of the ceremonial law. Should those who commit homosexual acts be put to death (Leviticus 20:13)? No. This is a civil law that was for the nation of Israel. We aren’t the nation of Israel (and Israel today is not Old Testament Israel, either) and this is not for us.

However, though Christians have good reasons not to follow every command in its original literal meaning given in the Old Testament law, the moral law is different. Are we suppose to say that since the law is gone that that means adultery, murder, stealing, and lying are okay now? Of course not. In fact 1 Timothy 1:8-11 says just the opposite. Verse 8 through 10 says,

But we know that the law is good, if a man use it lawfully; knowing this, that the law is not made for a righteous man, but for the lawless and disobedient, for the ungodly and for sinners, for the unholy and profane, for murderers of fathers and murderers of mothers, for murderers, for fornicators, for homosexuals, for kidnappers, for liars, for perjurers, and if there be any other thing that is contrary to sound doctrine

The law is good if we use it lawfully. And one function of the law is that it shows the unrighteous their sin. Paul says in Romans 7:7, “…I had not known sin, but by the law: for I had not known lust, except the law had said, ‘You shall not covet.’” The law shows us our sin and if the law shows us our sin that means the law is still for today, as far as the moral law goes. Homosexuality, as seen in other places besides the Old Testament law, is shown as a moral sin. Therefore one can still use Leviticus to show that homosexuality is a sin and at the same time not follow everything the law literally says.

Let us love our homosexual neighbors and show compassion to them. But, one of the great ways we show love is to speak the truth in love. The Bible condemns homosexuality, and one of the most loving things we can do is speak this truth in love so God can set them free.

(For a more full treatment on issues relating to this, and from where most of this blog came, see “The Bible and Homosexuality.”)