Christians are Saved Before Baptism 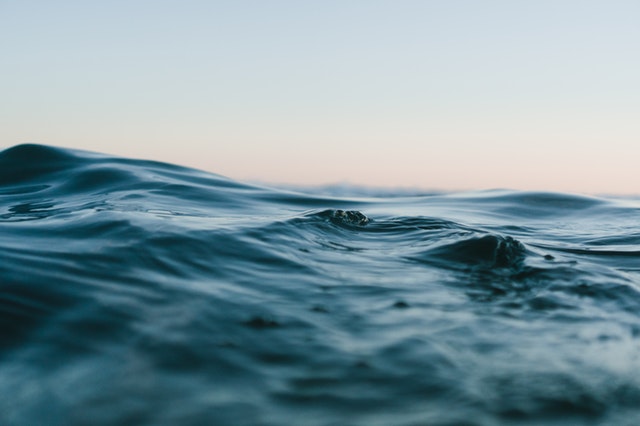 This is now the fourth1 and final post in our series on baptism. You can read the first three here, here, and here.

The Thief was Saved without Baptism

Luke 23:42-43, “And he said unto Jesus, Lord, remember me when you come into your kingdom. And Jesus said unto him, truly I say unto you, today shalt you be with Me in paradise.” One of two thieves turned to Jesus in the last moments of his life while dying on a cross. Jesus tells him that “today shalt you be with Me in paradise.” However, the thief was not baptized. Shouldn’t this show us that baptism is not essential for salvation? Some argue that this was in the Old Covenant, and that things have changed now. But it should be observed that Jesus died before the thief died. Why is this important? It is important because the book of Hebrews tells us that the New Covenant began when Jesus died (9:17). Therefore, the thief died in the New Covenant, and was not baptized, but still went into paradise with Jesus.

Someone could say that this thief might have been baptized earlier in his life and was included when it says, “And there went out to him [John the Baptist] all the land of Judea, and they of Jerusalem, and were all baptized of him in the river of Jordan, confessing their sins” (Mark 1:5). However, this would mean that the thief was baptized before he became a Christian (see Matthew 27:41-44). For those who believe that baptism is an essential part of the salvation experience, will they allow a lost person’s baptism to “count”? This story certainly shouldn’t discourage people from being baptized, but clearly shows that when a Christian is unable to be baptized that he is still a Christian and is accepted by God.

We have the Holy Spirit before Baptism

Let me ask you a question. If an individual has the Holy Spirit (the blessed Third Person of the Trinity) living within him, is that person right with God? Listen to what the Bible says in Romans 8:9, “But you are not in the flesh, but in the Spirit, if so be that the Spirit of God dwell in you. Now if any man have not the Spirit of Christ, he is none of His.” Those who have the blessed Holy Spirit of God dwelling in them are Christians, and those who do not have Him dwelling within them are not.

We Receive the Holy Spirit by Faith2

The previous point showed that Christians can have the Holy Spirit before they are baptized and are thus right with God before baptism. Do we receive the Holy Spirit because of baptism? No. We receive Him by faith. Not only does John 7:39 and Acts 11:17 teach this (see above) but Paul says in Galatians, “This only would I learn of you, received you the Spirit by the works of the law, or by the hearing of faith?…that we might receive the promise of the Spirit through faith” (3:2, 14). How do we receive the Holy Spirit? We receive Him by faith. When do we first have faith? We first have faith before we are baptized.

If you are Trusting Baptism in Itself to Save you, then Baptism is a Work

The Way of Salvation has Never Changed

However, this was true in the Old Testament as well, for Paul says of Abraham in Galatians 3:6, “Even as Abraham believed God, and it was accounted to him for righteousness.” And then we find in the book of Genesis, “And he believed in the LORD; and He counted it to him for righteousness” (15:6). Abraham was counted as righteous by faith in the Lord and this was before he was circumcised or before he had proven his faith before the Lord. And like Abraham, who showed he had faith in God by his good works, so we too as Christians show we have faith in the Lord by being baptized. However, just like Abraham, we are saved before we show our good works.

Thankfully none of us are required to understand salvation perfectly to be Christians. If this was the case no mere man would ever be right with God. We are saved by grace, not by theological precision. We should all be so grateful for grace! Yet at the same time this most certainly does not mean we can believe anything we want and then think we are right with God. No, by God’s grace, we must believe the truths that God has given us to believe in order to be saved. There is a major difference between someone having an accurate understanding (and yet not a perfect understanding) of the way in which God has given us to be saved and someone being ignorant of or rejecting the way of salvation.

What is your trust in for salvation? Do you believe that Jesus Christ is enough to save you, that He can save you apart from your good works, including baptism? Because when someone says, “Yes, Jesus is enough to save me, but I must be baptized before I am fully saved,” we say, whether we realize it or not, that Jesus is not enough and we need to add something to what Jesus has done before we can be saved. We must look away from ourselves, and, like the dying thief, simply trust our Lord, Who said, “For God so loved the world, that He gave His only begotten Son, that whosoever believes in Him should not perish, but have everlasting life” (John 3:16).

1Most of this material, and most of all the blog posts on baptism in this series, first appeared on www.LifeThinkBlog.Wordpress.com.

2Though it appears that there were special circumstances at times in the book of Acts when the Holy Spirit was given. For example, it appears that in Acts 8 God decided to give the Holy Spirit to those who had believed (though it is possible they might not have had true faith) after hands were laid upon them. God might have waited to show the Samaritans this so they would think of themselves as true Christians (just as much so as Jewish Christians) and possibly to show Jewish Christians that the Samaritans were just as much the children of God as they were, since the Jews and Samaritans (Samaritans being from Gentile and Jewish lineage) had animosity toward each other. A somewhat similar case might have happened in Acts 19. Also, we could see that the Bible is making a distinction between regeneration, when we receive the Holy Spirit as Christians, and a baptism of the Holy Spirit.