Be careful using the Bible: A Response to Rev. James R. McCormick’s Article 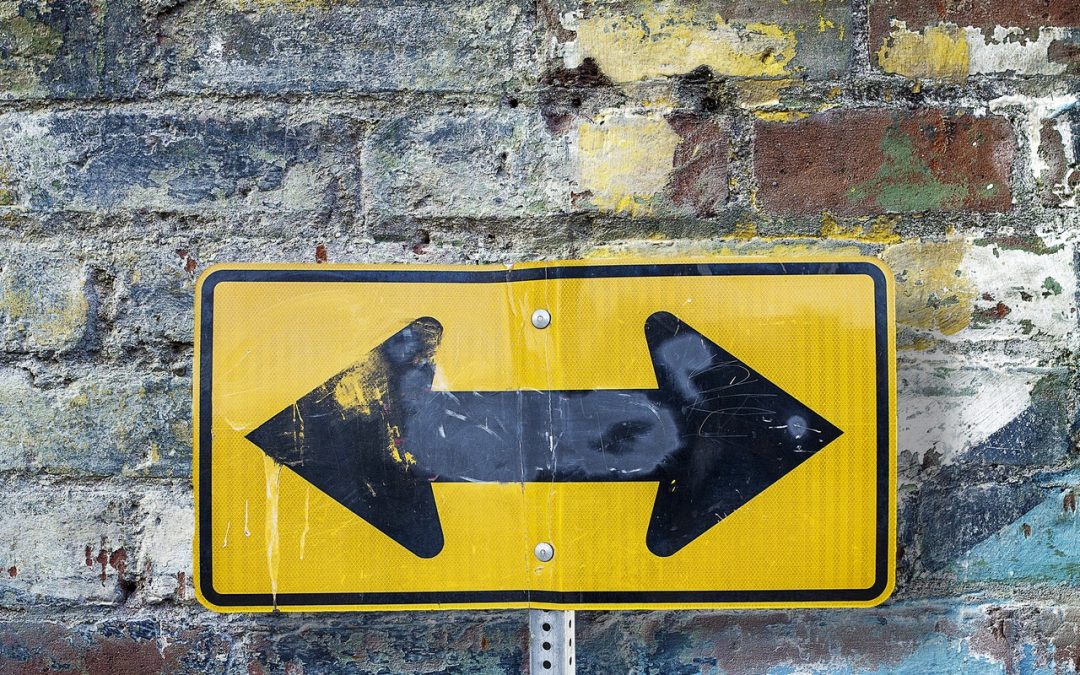 A concerned individual sent word to me through my wife about an article by Mr. James R. McCormick, “Be careful using the Bible,” from UM News (United Methodist News Service). In the article Mr. McCormick argues that the Bible has been misused so often “as a source of moral standards” that we must be careful how we use it. He states that “[i]n studying the Bible, it is necessary to realize that often God is cited as supporting whatever values are normative at that time in history.” Examples of this, according to Mr. McCormick, include Abraham’s relationship with Hagar, King Solomon’s many wives and concubines, and that eating certain types of food in the Old Testament were considered “abominations.”

Later, after speaking about the LGBTQ community and asking the question of how we can know “an expression of ancient and current cultural norms” from “the timeless moral position,” he answers by saying “…what is moral in a timeless sense is whatever is helpful to human beings, and what is immoral is whatever is hurtful to human beings. That is timeless value.” From this position he is helped to affirm homosexual relationships which are helpful and not hurtful, according to him. He ends by saying “[t]o ‘love your neighbor’ is to do the helpful thing and to avoid doing the hurtful thing, even when cultural conditioning makes that uncomfortable. Helping, not hurting, looks and sounds like Jesus to me.”

The article by Mr. McCormick is an example of flawed biblical interpretation that tries to justify homosexual relationships. Though with many problems, the article has no doubt helped to vindicate homosexuality in the eyes of some, while shaking the faith of others. Below are a number of my thoughts about the article.

1. Many examples given of how morality has changed misleads the reader. The Bible never affirms Abraham and Hagar’s sexual relationship, nor Solomon’s many wives and concubines. In fact, the Bible teaches the opposite (Genesis 2:20-24; Deuteronomy 17:17a). Yes, there are examples of actions being called “abominations” that were for Israel, but are no longer sinful for us, but there are clear examples of “abominations” in the Old Testament that remain sinful for us today (Deuteronomy 17:2-5). This is an example of how important it is to try to distinguish between civil, ceremonial, and moral law. An example of civil law is the command to not wear two types of clothing. This law was for Israel, not for New Covenant believers (the law was added and then taken away when Jesus came; Galatians 3:19). The sacrificial system is an example of ceremonial law. Jesus is our great sacrifice and by His death fulfilled the sacrificial system. Therefore we no longer offer animal sacrifices. However, moral law is for us today as it was for them then (1 Timothy 1:8-10). Homosexuality is in the moral law and therefore is a sin for all people at all times.

2. Defining “timeless” truths by what helps and hurts others is both dangerous and leads to great evils. How do we know what “helps” and “hurts” someone? Obviously killing someone is to “hurt” that person, right? But what if killing the baby in the womb helps the mother’s mental condition? Is abortion then good in that case? American slavery two centuries ago did more to help than hurt, right? That’s a crazy argument, but when “helping” and “hurting” are our main source of moral standards we can rationalize these terms all we want. Or, what about the pedophile? Don’t we “hurt” him when we say that what he does is a terrible evil, as some would argue? Whenever “helping” and “hurting” are our main source of knowing what God’s “timeless” truths are, we will always be in need of one thing: How to define “helping” and “hurting.” And what we are left with is that every person is left up to themselves to decide what really helps and what really hurts.

3. These arguments can be used to support bestiality and pedophilia. I do not believe Mr. McCormick would want his arguments used to support bestiality and pedophilia, but these arguments can be used in this way. Listen to part of the article, “If a person is born with a same-gender orientation, why must they be prohibited from having an intimate relationship with another person, forced into isolation and loneliness, just because many people unfairly oppose that?” All one must do is to simply replace “same-gender orientation” with “animal orientation” or another evil, and you have just made an argument for your case.

Or listen to this part, “Why not have the same moral standards for same-gender relationships as for heterosexual relationships: no promiscuity, no coercion, no insensitivity. Instead, seek commitment, faithfulness, mutual sensitivity, caring and support. Who does that hurt? Instead, it treats all people as persons of equal worth, as children of God, and encouraged to enjoy mutually affirming, intimate, helpful relationships with others.” As much as I hate to even write this, in the argument just cited, someone can replace “same-gender relationships” with “adult-child relationships” and the argument can support their (evil) thinking.

One of the great problems in making argumentation like this is that there are no brakes. Where does this line of argument stop? The answer is that it doesn’t. Poor arguments like these can be used to justify many evil acts.

The Old Testament and the New Testament make sweeping statements that make clear that all forms of homosexuality is wrong. As I have argued elsewhere, Romans 1 is condemning homosexuality in-and-of-itself. Verse 26 says, “For this reason God gave them up to vile passions: for even their women did change the natural use into that which is against nature:” What sin does the Bible call a “vile passion” that these women committed? Reading verse 26 in light of the first part of verse 27 makes this clear, “And likewise also the men, leaving the natural use of the woman, burned in their lust one toward another…” The vile passions that women were committing in verse 26 was that they left the natural use of men and went after other women. It wasn’t that they were raping other women, or that they did not have loving relationships. Their sin was the fact that they no longer used the natural use of men, but desired other women instead. It was lesbianism itself.

5. “Love” must be defined or it means nothing. As I stated above, Mr. McCormick ends his article speaking about loving you neighbor. He says, “To ‘love your neighbor’ is to do the helpful thing and to avoid doing the hurtful thing…” We have already looked at how we cannot let what is “helpful” and “hurtful” be our main source of knowing what God’s “timeless” truth is. But let’s now look at “love.” Everyone wants to do the “loving” thing. But, what does it mean to love? Our definition of love must come from the Scriptures or “love” will just be another word for sentimentality or another way of attempting to justify anything we want. Love is doing and saying what is best for someone. Yes, that much is clear. But the Bible clearly tells us that homosexuality is a sin and those who practice it will not inherit the kingdom of God (1 Corinthians 6:9). What is the most loving thing we can do for our homosexual neighbors? It is to speak the truth in love to them so they may come and be saved.

Yes, we must be careful when we use the Bible. Mr. McCormick said, “Throughout history, the Bible has too often been used to justify one’s own moral preferences rather than to seek God’s will about human behavior.” Honestly, Mr. McCormick’s use of the Bible is an example of this very thing. His article tries to twist the Scriptures in favor of homosexuality and the sexual revolution. However, the Bible is clear: Homosexuality is a sin and is against God’s will for our lives. Those who practice homosexuality will not be saved. It hurts people by leaving them in their rebellion towards God and thus leaving them in their sin. What we must do as Christians is love our homosexual neighbors enough to speak God’s truth in love to them so that they may come to be saved. To do anything else wouldn’t be love, but hate.