A Loving God and an Eternal Hell? 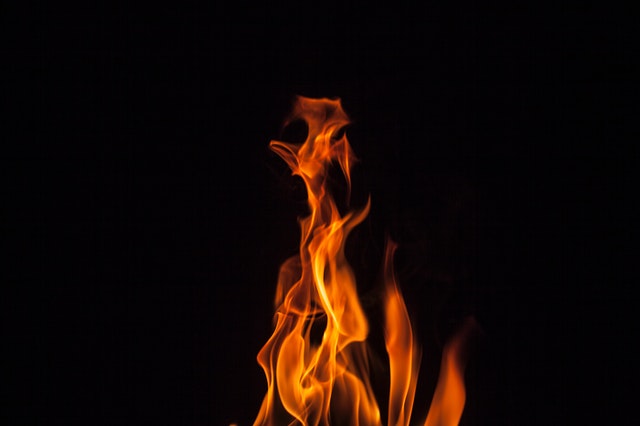 The most unpleasant teaching of the Bible is the truth of hell. No one wants to think about the fires of hell, the torment suffered by those there, and the reality that it is eternal. And yet, this truth must be taught for it warns sinners of their awaiting judgment and motivates saints to witness and live holy lives.

Maybe the biggest objection to the teaching of hell is that God is a loving God. “God is love, so how could a loving God send people to an eternal hell? I mean, you may get upset at your children and punish them, but you wouldn’t do that forever. So how could God, who is love, punish someone for all eternity?” What can Christians say to this objection?

God’s desire to save all

First, we need to reaffirm the biblical teaching that God desires the salvation of all people. If someone does die lost and is punished in hell, it was their own choice. God’s perfect will is for the salvation of all men and women. After exhorting the church to pray for all people, Paul says of God in 1 Timothy 2:3 that He

…desires all men to be saved and to come to the knowledge of the truth (NASB).

The Lord is not slow about His promise, as some count slowness, but is patient toward you, not wishing for any to perish but for all to come to repentance (NASB).

And Jesus shows His desire for the salvation of the Jews as He came to Jerusalem and says in Matthew 23:37,

Jerusalem, Jerusalem, who kills the prophets and stones those who are sent to her! How often I wanted to gather your children together, the way a hen gathers her chicks under her wings, and you were unwilling (NASB).

These three Scriptures above may not answer all our questions, but one thing is sure: God truly desires the salvation of His creation, even those who died lost.

The rebellion of sin

One reason that hell can be so difficult to accept is because few have any idea of how wicked sin is in the sight of a holy God. We have brought God down on our level, made him out to be only an exalted man, and that at best. The truth is that God is not like us. Man is sinful, finite, mortal. God is righteous, infinite, and immortal. He is holy, meaning, in part, that He is different than we are.

Sinners deserve punishment for their sin that they have willfully committed against their Creator. And God, knowing all things, knows that eternal hell is deserved. Though we may not be able to fully understand how awful sin is, let us learn from God’s punishment. If eternal hell is the punishment, then what unspeakable an abomination must sin and being a sinner be to God.

More than a father

Yes, God is our Father. But He is also more than a father. He is the Creator and Judge of all the earth. This changes the objection given above. Would an earthly father punish his child everlastingly? Of course not. Nor would he be able to. That is not his job. So the objection breaks down on this point. “But an earthly judge would still make a way of escape for his own son if he was able to.” I agree. And God has made a way for all to be saved by sending Jesus to die for our sins so all who come to Him will be saved. The problem is that many of those that God offers salvation to still reject His free offer. What if an earthly judge made a way for his son to not be punished, and yet his son told him he would rather go to jail than be with him? What else could be done? And this is basically what happens when a sinner rejects the offer of the gospel. He is saying that he would rather be punished than be with God.

Why should we think that those in hell stop sinning? That is how we normally view it, right? We think that all sinning happens in this life. But why? We have good reasons to believe that in hell sinners continue their rebellion against God and will not repent.

We see a picture of this in Revelation. Men are being burned and punished on earth for their sins by God. And yet, though Revelation gives an indication that they know these punishments are from God, the Bible says these men will still not repent. Why should we think that it would be different in hell? Why should we think they would repent and stop their rebellion? It appears, therefore, that one reason that hell is everlasting is because the sinning is, too.

Hell is such an unpleasant truth, and yet we must talk about it and teach on it. The above reasons should help us all accept what the Bible says about hell and at the same time view God as loving. But ultimately our confidence is in God Himself and the truth that He does all things right. Though all our questions cannot be answered, we must trust Him and His judgment, for He has given us every reason to.